We Respond Reasonably to Refugee Crisis 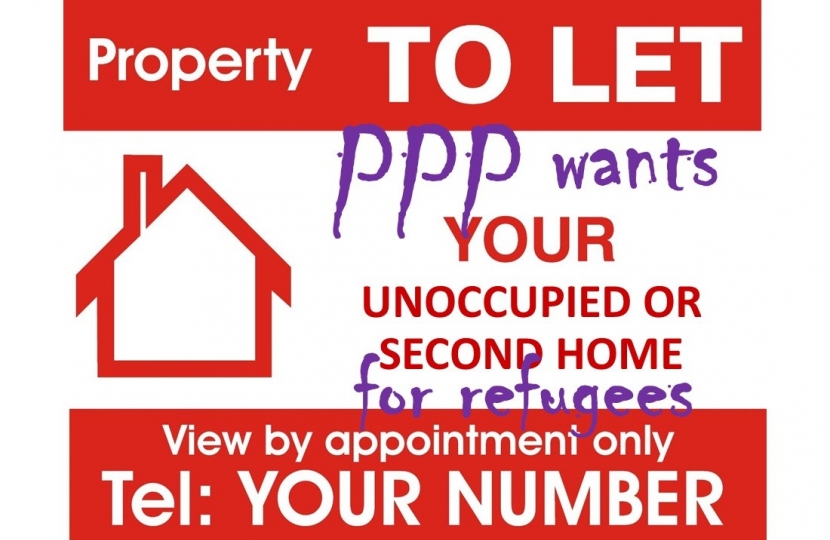 The Council defeated the following motion on the same topic:

During the debate on the motions Cllr Howell (PPP) even proposed that Council pass a motion to require local residents with unoccupied or second homes in the Borough to make these properties available for occupation by refugee families.

Conservative Councillors argued strongly against this daft proposal. You can rely on us to defend your right to dispose of your property in any way you see fit, without coercion from politically motivated authorities.