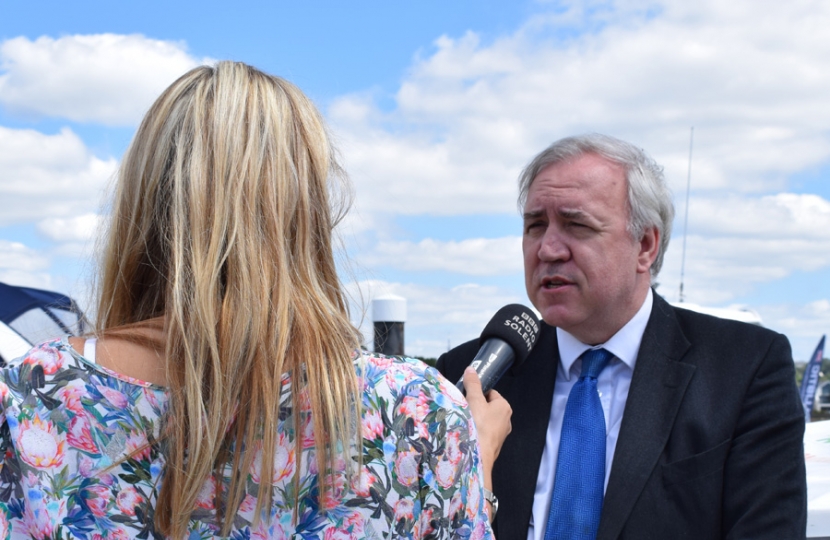 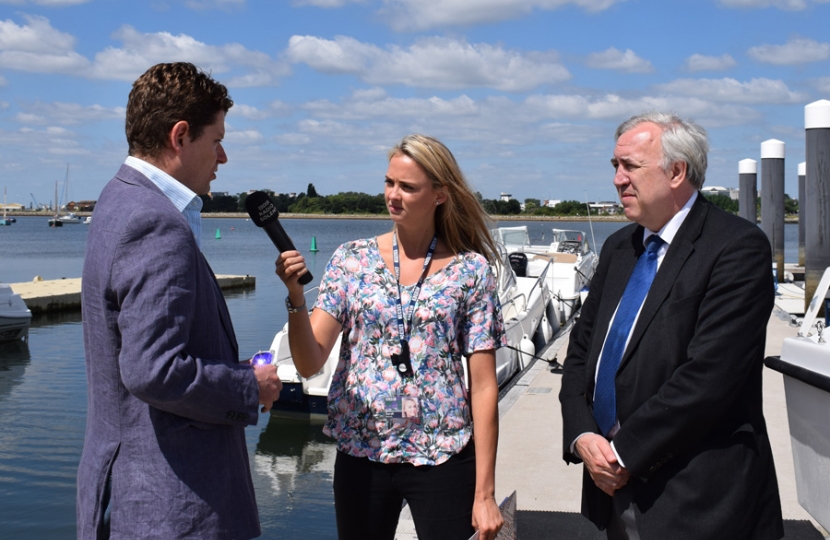 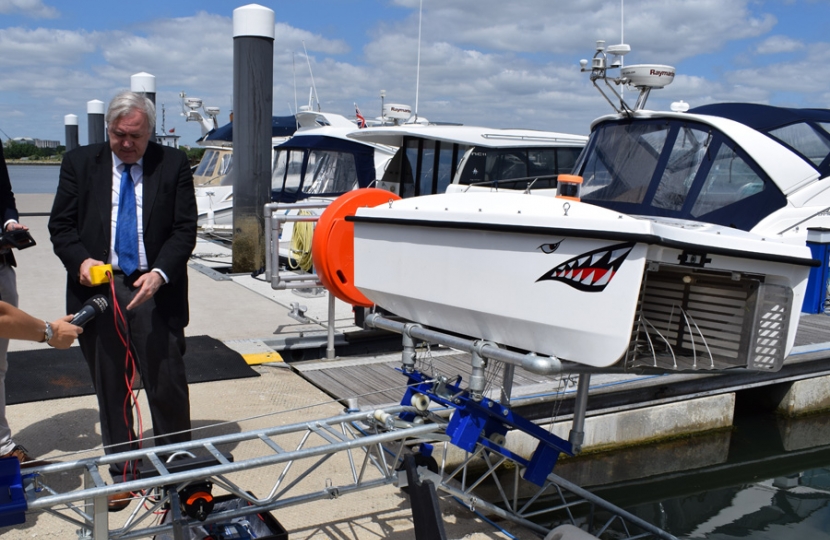 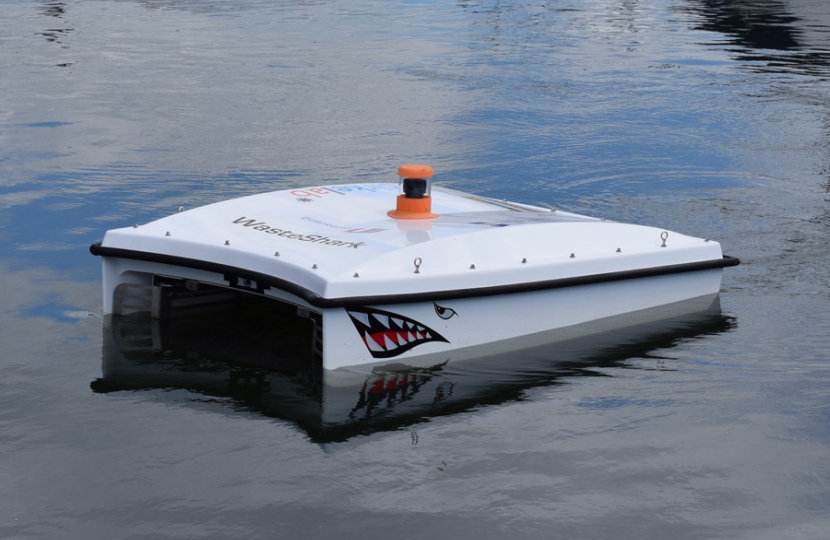 Today our Poole MP, Sir Robert Syms, performed the first UK launch of a drone called WasteShark that collects floating plastic and other rubbish so that it can be removed and recycled. Robert used the occasion to give an interview for BBC Radio Solent in which he described the importance of keeping out local waters free of plastic pollution, which can endanger wildlife and spoil Poole Harbour unless we remain vigilant.

The WasteShark drone can either be steered by a handheld joystick or run in autonomous mode, either around a set course or within a set perimeter. It runs silently and safely on rechargeable batteries and includes collision avoidance software. It can hold up to a third of a ton of rubbish before it needs to be emptied and it poses no threat to marine life. At the same time, the drone can serve as a platform for a variety of sensors to measure water quality, temperature and so on.

On behalf of RanMarine Technology, Oliver Cunningham (pictured above) introduced Robert to the WasteShark drone and explained its featured and benefits on BBC Radio Solent before Robert launched the drone into Poole Harbour (picture above). The company vision is that the drones can work steadily in coastal waters worldwide, doing their bit to solve the plastic pollution problem, piece by piece.

The vision is that WasteShark drones can work steadily in urban and coastal waters worldwide, doing their bit to solve the plastic pollution problem, and supporting evidence-based management of Smart Cities.