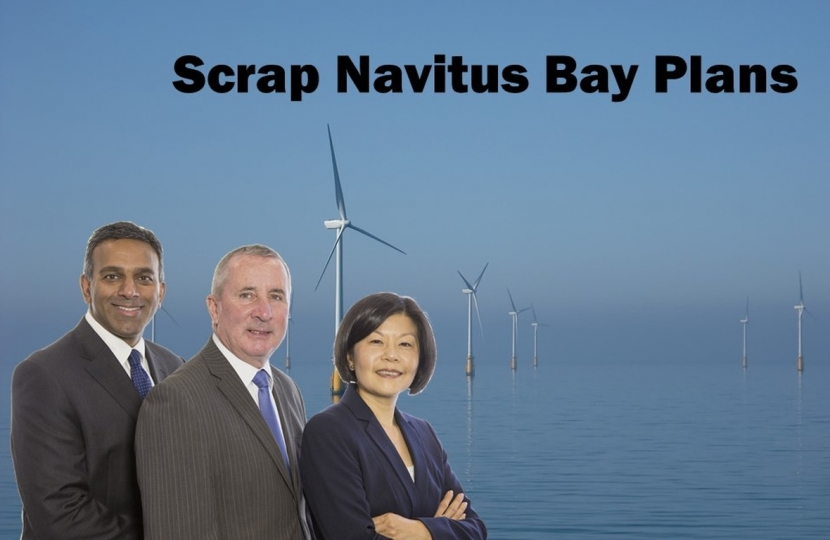 Petitioners say it's too close to the Jurassic Coast Unesco World Heritage Site, which may lose its status if this giant wind farm is built. The on-land cable route would cause huge damage to the New Forest with the permanent loss of thousands of trees.

Record numbers of people registered to fight the Navitus Bay plan during the Planning inspection, with 90% against. Local MPs, businesses, councils, the National Trust, and residents are united in opposition.

The wind farm is a real threat to local tourism, businesses and jobs. It would dominate the seascapes from the coasts of Dorset, south-east Hampshire, and the west of the Isle of Wight.

This wind farm would be too big, too close, too damaging to the environment and the economy.

Canford Cliffs Councillors May Haines and Mohan Iyengar have separately written to the Prime Minister to voice their concerns.

Canford Cliffs Councillors Mohan Iyengar, Peter Pawlowski, and May Haines are among the many Poole voices speaking out against the Navitus Bay plan.