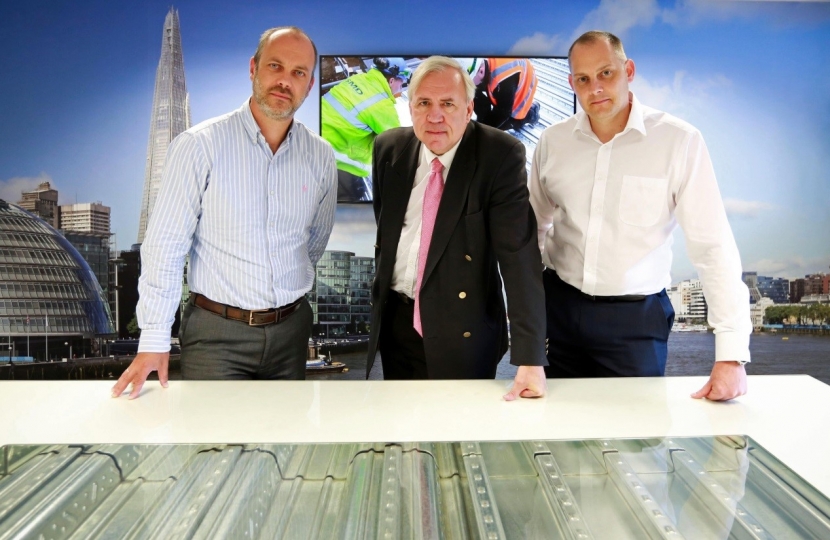 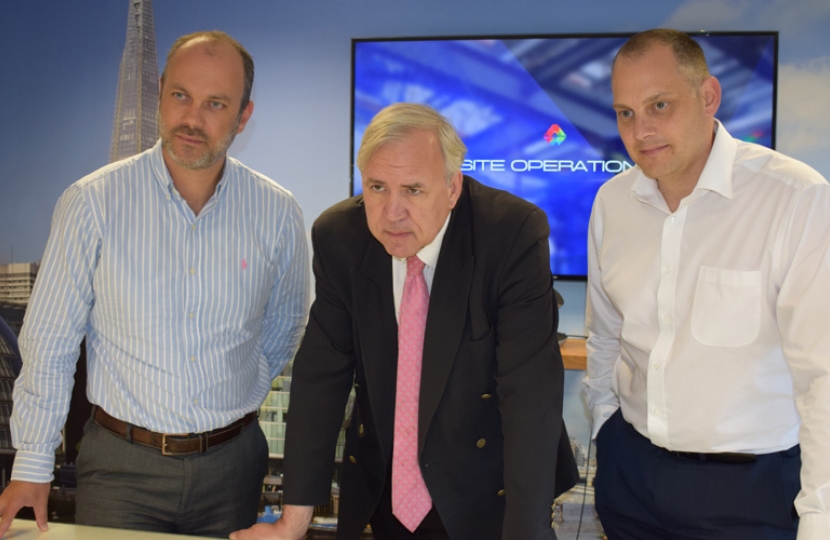 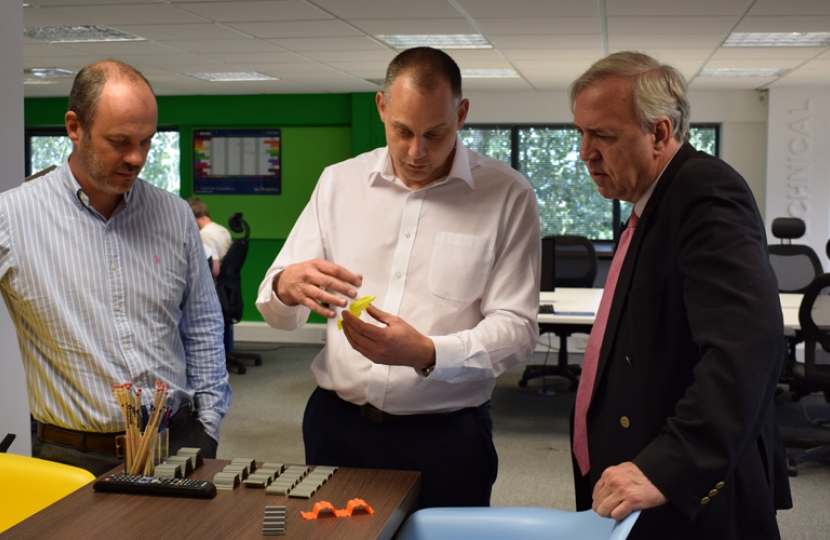 Robert Syms, MP for Poole, has praised a Dorset company shaping Britain’s skyline for its contribution to the UK’s manufacturing industry.

Robert enjoyed a guided tour of the headquarters of SMD Ltd, one of only a handful of British firms to design, manufacture and install its own steel decking systems.

SMD is celebrating its 30th anniversary this year and employs more than 100 staff at locations across the UK, including Leeds, Nottingham and Glasgow. The firm’s steel decking has been used in such iconic buildings as the Shard and the Olympic Park in London, Manchester City’s Etihad Stadium, Cheltenham racecourse and terminals at Heathrow Airport.

Robert said: “It is great to see a specialist Poole company at the forefront of the UK’s manufacturing industry and playing a major role in the construction trade. It was also particularly pleasing to learn that SMD is very much attuned to the health and welfare of employees by going above and beyond legal requirements regarding duty of care.
“And SMD is also helping to plug industry skills gaps through a structured training programme, by employing apprentices and trainees and through continuing outreach work in schools.”

Robert, whose own background is in the building industry, also praised SMD for publishing a large volume of technical ‘best practice’ journals and online instruction manuals, many adopted by other firms.
He was guided around SMD’s Tower Park HQ by managing director Ben Pratten and business development director Dan Williams.

Mr Pratten said: “We were delighted to welcome Mr Syms to SMD. It is heartening to know that our MP is willing to give up his time to offer his backing to a successful company in his constituency.
“SMD is continuing to expand and we now see the overseas market as one of our main growth areas – we’re flying the flag for Britain despite these uncertain times and the ongoing Brexit negotiations.”

SMD, whose work has been featured on the television show Grand Designs, is also renowned for its specialist projects in London where experienced employees are able to cope with exacting conditions. The company, which has a satellite office in Dubai and a design base in India, was founded in Ringwood in 1987 and has carried out more than 200 construction projects locally, including at the RNLI in Poole, Bournemouth Airport and Bournemouth University.

The company aims to be the UK’s leading provider of structural floor and roof solutions to Britain’s competitive construction industry.