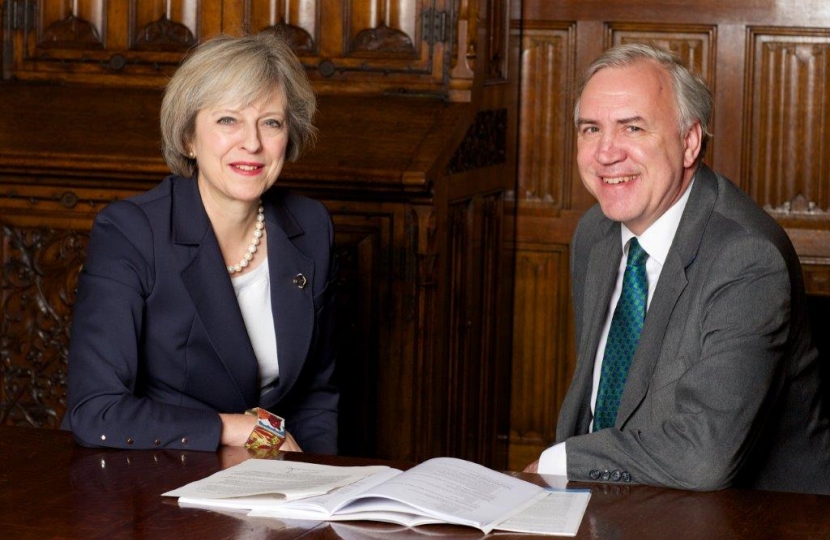 Robert Syms, our Member of Parliament for Poole, has endorsed Prime Minister Theresa May's call for a General Election in 8 June: "This is a time when we need a strong government with a clear mandate to negotiate for the United Kingdom with our partners in the European Union to get the best arrangements possible."

Patrick McLoughlin, Chairman of the Conservative Party, made the the following announcement.

We need an election because:

We need an election now:

We have the right plan for negotiating with Europe. The Government will negotiate a deep and special partnership between a strong and successful European Union and a United Kingdom that is free to chart its own way in the world. That means we will regain control of our own money, our own laws, and our own borders – and we will be free to strike trade deals with old friends and new partners all around the world. The result will be a more secure future for our country and a better deal for you.

The country is coming together, but Westminster is still divided. In recent weeks,

All the other parties are doing is playing political games.

We will stick to our Plan for a Stronger Britain:

Theresa May is a strong leader who puts the national interest first and gets things done. When she became Prime Minister after the referendum, the priority was to provide economic certainty, a clear vision and strong leadership – and that’s what she delivered. She has also delivered on the mandate from the referendum, and begun the process through which Britain will leave the EU. Now she needs your support to lead Britain through the next five years and give the country the certainty and stability we all need.

You can only get the strong leadership the country needs by voting for Theresa May and your local Conservative candidate. A vote for any other party risks Jeremy Corbyn as Prime Minister, propped up in coalition by Nicola Sturgeon and the SNP, and the Liberal Democrats who just want to re-open the divisions of the referendum.