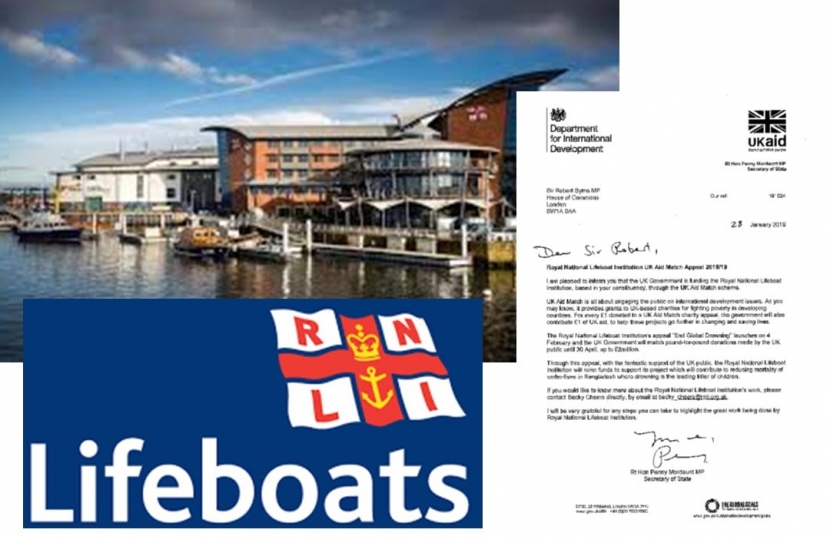 The Royal National Lifeboat Institution is a jewel in the Poole landscape. As Sir Robert Syms says, "I welcome the fantastic work of the RNLI, which is based in my constituency in Poole."

The RNLI campaign 'End Global Drowning' has now been recognised by Penny Mordaunt, the Secretary of State for International Development, who has announced that her department will match pound for pound donations made by the UK public to this campaign of up to £2 million. The campaign aims to reduce mortality of under-5s in Bangladesh, where drowning is the leading killer of children.

Sir Robert: "It is often forgotten that the RNLI do a lot of good work worldwide to save lives. I hope people give generously to this important appeal."

Our Plan for a Stronger Economy

Read about how our plan is tackling inflation and helping you with the cost of living.