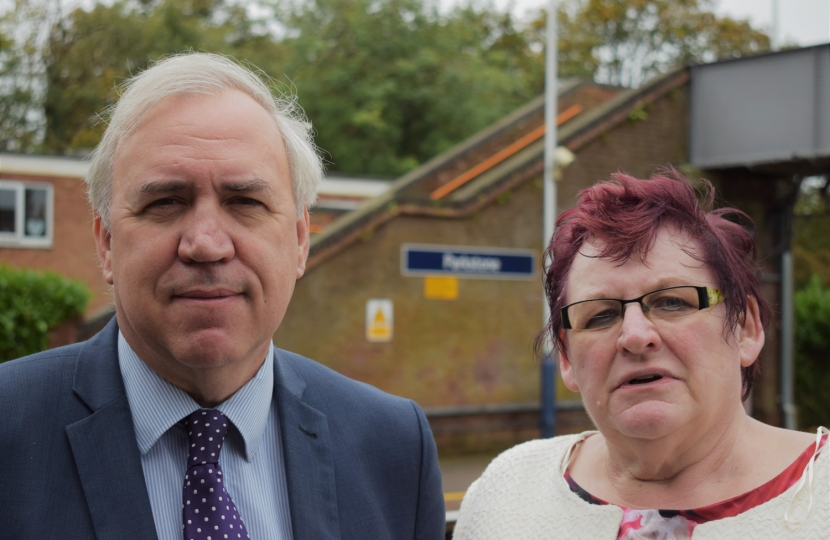 Sir Robert has asked South Western Railway to reconsider its plan to reduce services to Hamworthy, Parkstone and Branksome. After talking with Hamworthy Councillors Mike White and Vishal Gupta and with Parkstone Councillor Elaine Atkinson (pictured above with Sir Robert at Parkstone station), Sir Robert took up the matter with Andy Mellor, the managing director of SW Railway.

SW Railway proposes to reduce the service at the affected stations by one train per hour. The company faces the challenge of maintaining connectivity for rural stations and improving journey times for passengers travelling to and from London. It has consulted with stakeholders and community groups and used its own passenger data to inform its proposal.

A public consultation remains open into December. SW Railway reports that while it has received a number of objections from Hamworthy it has had very few from Parkstone or Branksome. If you wish to register your opinion in the consultation, do so without delay!