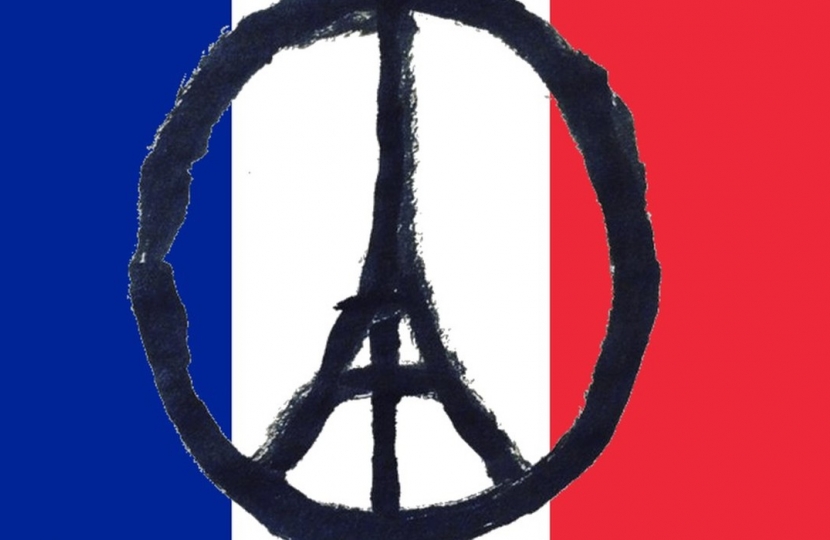 We stand with you.

While the full picture of what happened is still emerging, we know that there were multiple terror incidents across Paris and over 120 people are feared dead with many more injured.

We must be prepared for a number of British casualties, and we are doing all we can to help those caught up in the attack.

These were innocent victims enjoying a Friday night out with friends and family, no doubt at the end of a hard week.

They were not seeking to harm anyone.

And they were killed and injured by brutal, callous murderers who want to destroy everything our two countries stand for.

But we will not let them.

We will redouble our efforts to wipe out this poisonous extremist ideology and, together with the French and our allies around the world, stand up for all we believe in.

I have just chaired a meeting of COBR to review the security situation here in the UK.

The threat level is already at severe, which means an attack is highly likely, and will remain so.

Our police and intelligence agencies work round the clock to do all they can to keep us safe.

Ever since the co-ordinated firearms attacks in Mumbai in 2008, we have all been working together to ensure we could respond to such an attack.

This Summer police and other emergency services carried out a major exercise to test our response for multiple firearms attacks.

And in light of last night’s attacks, we will of course review our plans and make sure we learn any appropriate lessons.

It is clear that the threat from ISIL is evolving.

Last night’s attack suggests a new degree of planning and co-ordination and a greater ambition for mass casualty attacks.

And we must recognise that however strong we are, however much we prepare, we in the UK face the same threat.

That’s why we continue to encourage the public to remain vigilant.

And we will do all we can to support our police and intelligence agencies with the resources and the capabilities they need.

The terrorist aim is clear.

It is to divide us and to destroy our way of life.

So more than ever we must come together and stand united.

And carry on with the way of life that we love, and that we know, and that will never be moved off.

I hope to speak to President Hollande later today and I’ll make clear that we will do whatever we can to help.

Your pain is our pain.

Your fight is our fight.

And together, we will defeat these terrorists.