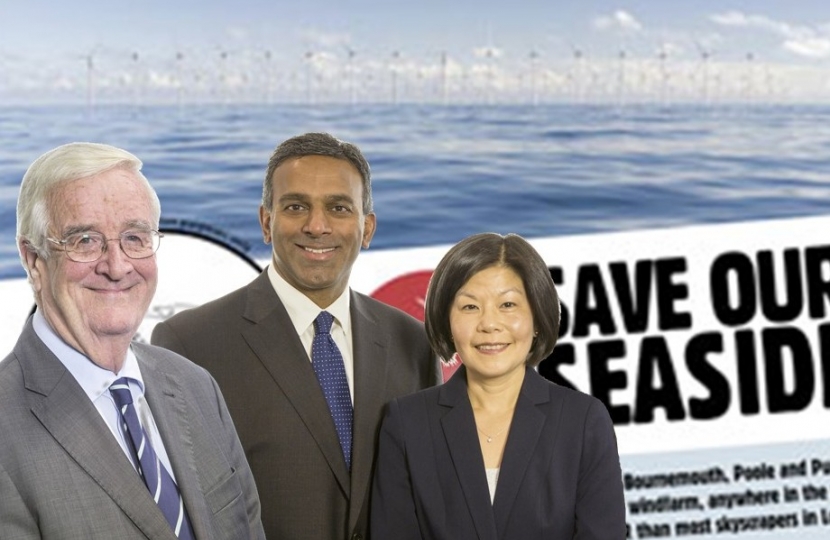 Poole Conservative Councillors Mike White, Mohan Iyengar and May Haines as well as many other local people campaigned strongly for the Government to scrap its plan for a Navitus Bay wind farm.

Together with Challenge Navitus, Poole and Christchurch Bays Association and other campaigns, this won the day – the Government has rejected the plan for a wind farm off the Dorset coast.

After years of controversy, the Department for Energy and Climate Change said on Friday that it would not let the Navitus Bay proposals go ahead.

Councillors Mike White, Mohan Iyengar and May Haines campaigned strongly against the plan for a Navitus Bay wind farm