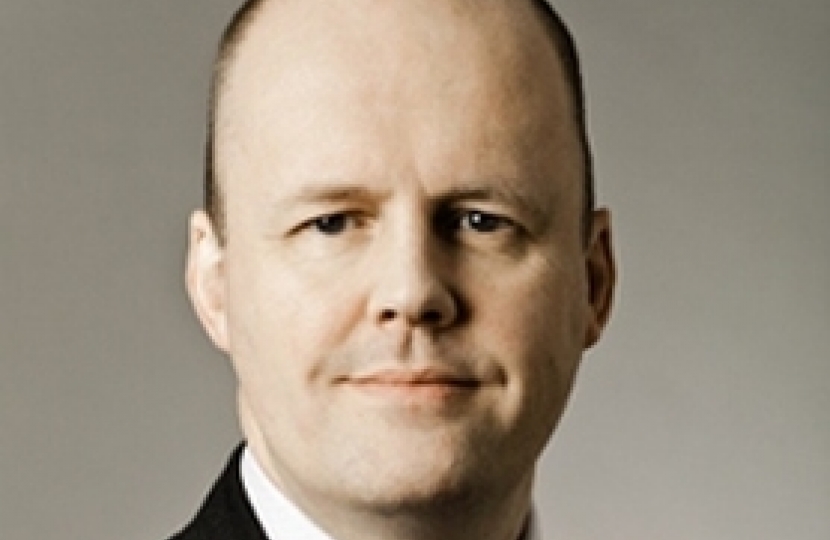 I understand the frustration that many feel over the EU. I share that same feeling. You only have to look at events over the summer. The Middle East is imploding, Russia stands accused of invading the Ukraine, Ebola is spreading in Africa, and yet what for many was the main EU news of the last six weeks? Answer - the outlawing of powerful vacuum cleaners. Thankfully due to previous legislation, which banned traditional light bulbs in favour of dimmer energy efficient varieties, we will no longer be able to see the dirt that our new weak vacuum cleaners leave behind.

We must reform the way the EU works. We need to get back to the Common Market and away from a political union. We need to reform our relationship with the EU and put the new terms to the British people in a referendum.

The only way to get that referendum is to elect a Conservative majority Government in May 2015.

Later this month, the UK will be facing the largest challenge to its integrity in centuries. The Scottish Referendum will decide whether this island remains one country or is about to sacrifice centuries of unity to the burning ambition of Alex Salmond. I certainly hope that the Scottish will vote to stay in the Union, but I do believe it is wrong that Scottish people living in the rest of the UK have been denied a vote on the future of their nation.

Putting aside the domestic arguments for and against independence, I want to mention the referendum in its European context. The campaign and result are being watched with interest across the EU as numerous regions are seeking greater autonomy, or even independence, from the countries in which they currently sit.

What happens if a region votes for independence and how does it impact on EU membership?

This isn’t a situation that is envisaged within the European Treaties. As there isn’t a clear ruling, the current legal advice is that if a region secedes from a member state then it becomes a new country so has to apply afresh (should it want to).

An official report by the EU Court of Auditors has added huge weight to my campaign to stop the European Parliament endlessly shuttling between Strasbourg and Brussels.

The study, compiled by the auditors at the request of the Parliament, finds that moving all sittings from Strasbourg to Brussels would save £90 million a year. In addition there would be a one-off windfall saving of £490 million if the Strasbourg buildings were successfully sold.

This is powerful evidence that the wasteful Strasbourg travelling circus must be scrapped - and the sooner the better. When the EU's own experts say this is financial madness, surely it is time to listen.

Most of the European Parliament's work is done at its sprawling complex of offices and debating chambers in Brussels, but once a month more than 750 MEPs, 3,000 staff and 25 trucks carrying documents and equipment all decamp to Strasbourg in France to meet there for three days.

In November 2013 the Parliament passed the Fox/Hafner report on the workings of the European Parliament. The report requested that the Court of Auditors provided a comprehensive analysis of the potential savings for the EU budget, including savings made through reduced loss of working time and greater efficiency, if the Parliament had only one seat.

The predicted savings amount to 6.3% of the Parliament's current running costs and are over 10% greater than estimated in a report produced last year by the Parliament's own civil servants. Simply cutting out the staff time wasted in traveling back and forth would save nearly £5 million a year.

The scale of the waste confirmed here is eye-watering. The EU cannot claim credibility or make any sort of claim to financial responsibility so long as this is allowed to continue.

This is an important report at the very start of a new Parliamentary Term. It puts this issue right back at the top of the agenda and I will be looking to build on this momentum in the coming weeks.

Prime Minister David Cameron intends to renegotiate the terms of Britain’s membership of the European Union and put the results of those talks to a referendum.