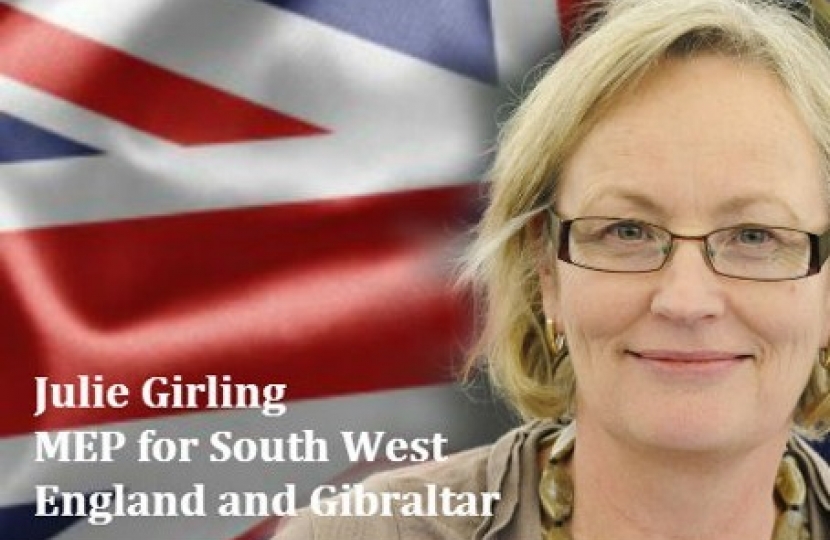 Our Member of the European Parliament for South West England and Gibraltar Julie Girling MEP says she trusts the Prime Minister to get the best deal for Britain.

Following today's news from Westminster she explained: "I am delighted the hear today that The Prime Minister is on track to secure an agreement with Europe to give national powers the ability to block European legislation - delivering another manifesto commitment. The Prime Minister has strengthened the power of MPs and national parliaments to join forces to block unnecessary or unwanted EU laws."

The draft renegotiation includes a new red card for national parliaments to veto or amend European legislation and addresses concerns that the current yellow card system doesn't go far enough. The Prime Minister has persuaded Donald Tusk to propose to the Council that a red card could be exercised up to 12 weeks after the draft law is proposed - giving parliaments more time to raise concerns and increasing Westminster's power. This will ensure that national parliaments' voices are heard in Brussels and that they remain the true source of democratic accountability and legitimacy in Europe.

Julie Girling MEP affirmed: "I will be campaigning with David Cameron to secure the best deal for the future growth and prosperity of the United Kingdom."