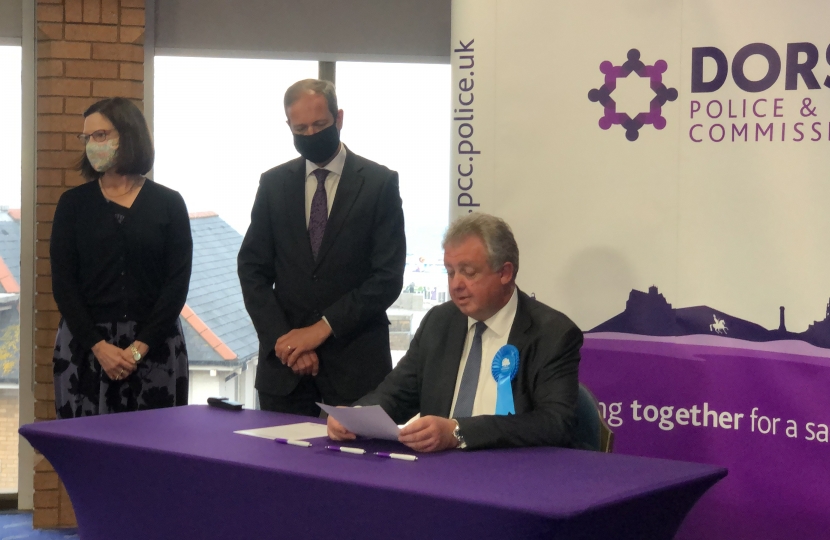 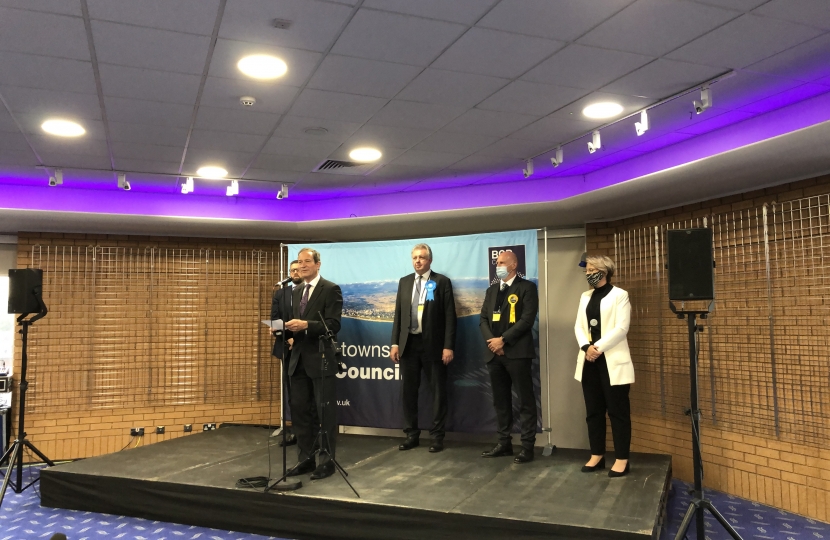 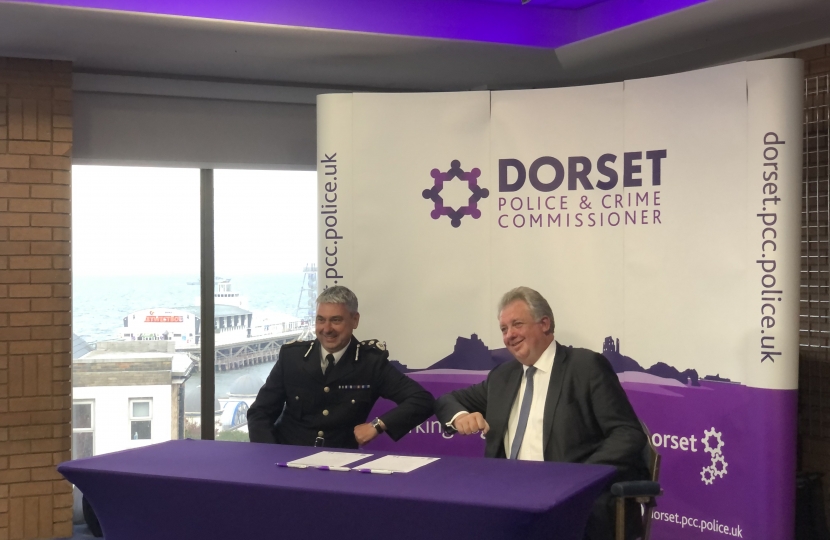 Having been returned by the people of Dorset as their Police and Crime Commissioner, David Sidwick stated that he was humbled by the support he has had. He thanked his wife, agent and area campaign manager and went on to particularly thank the local Conservative Associations and all the many people who had volunteered to deliver or donate to his campaign. They had wrestled with hailstones, letterboxes and hidden canines to get the message out there and he was deeply grateful.

The job starts now to drive towards the vision of Dorset being the safest county in the UK. Our mission will be to cut crime and anti-social behaviour. We will get there by having more visible community focussed policing connected to the neighbourhoods they serve. We will fight violent and organised crime and tackle hidden harms such as domestic abuse, child abuse and fraud. We will tackle rural crime and put victims and communities first. Every penny will count for Dorset.

Above all else it is the people of Dorset that have given David a strong mandate – it is they he works for and with their help our police will be crimefighters again.