Countering the Problem of Extremism 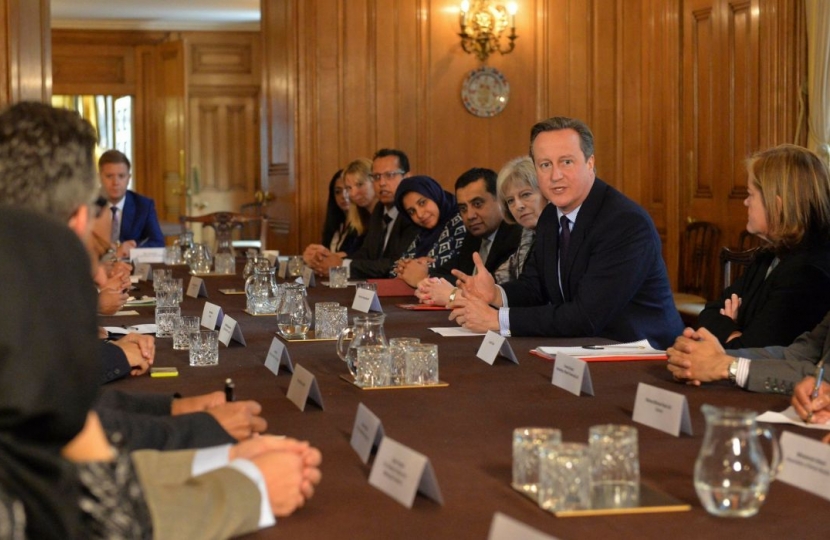 Islamist extremists don’t just threaten our security, they jeopardise all that we’ve built together in our multi-racial, multi-faith democracy. We have to confront them wherever we find them.

This is a generational battle, perhaps the defining one of this century. It is at heart a battle of ideas. On one side sit the extremists. On the other side must sit everyone else. In the end, this battle will only be won through argument and persuasion.

Globally, it is a challenge for all of Islam that Islamist extremists attempt to justify their views and actions through Islamic scripture and theology.

In response, we need to support Muslims who are confronting the extremist narrative and providing a positive alternative. We have got to back them wholeheartedly.

David Cameron has announced a new Counter-Extremism Strategy. It sets out our plan to tackle this poison on every level:

More to read on this story

David Cameron at the first meeting of the Community Engagement Forum, confronting the poisonous views pushed by extremists