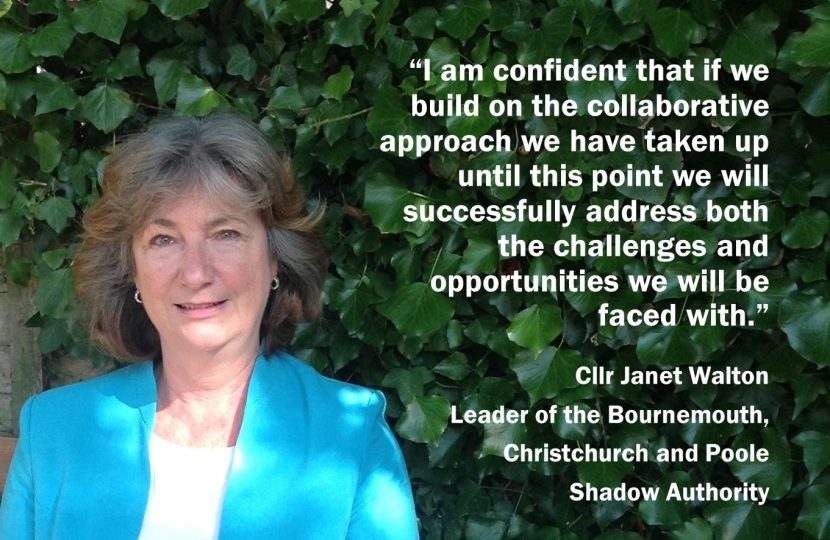 Following the approval last month in Parliament of the structural changes to the Dorset authorities, the new Shadow Executive Committee will provide political leadership and guidance toward implementing the new Bournemouth, Christchurch and Poole Council. Members will take key decisions on service delivery for the new council and where necessary make recommendations to the Shadow Authority.

The Shadow Executive is made up of 16 councillors representing Bournemouth, Christchurch and Poole. Members agreed to elect Cllr Janet Walton as Chairman and Cllr John Beesley of Bournemouth Borough Council as Vice-Chairman.

“Members of the Joint Committee worked well together putting in place the work programmes that are needed to create the new authority by 1 April 2019. I am confident that the Shadow Executive Committee will continue to build on this collaborative approach and I look forward to continuing the process to create the new council.

"I would like to thank Members of the Executive Committee for supporting me in taking up this role. I am confident that if we build on the collaborative approach we have taken up until this point we will successfully address both the challenges and opportunities we will be faced with before 1 April 2019 and beyond.”