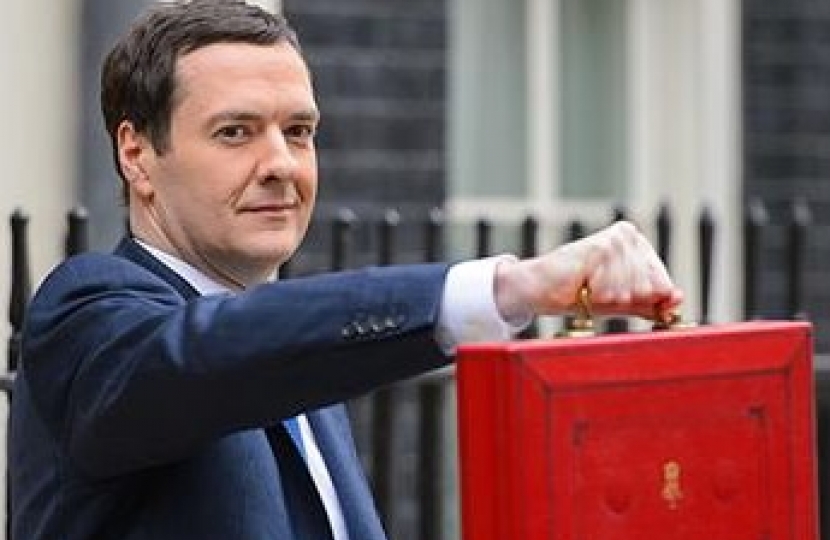 Chancellor George Osborne delivered the 2016 Budget in Parliament on 16 March.

"Today I delivered a Budget that puts the next generation first and redoubles our efforts to make Britain fit for the future by:

From April next year the tax free personal allowance will rise to £11,500, a tax cut for 31 million people that means a typical basic rate taxpayer will be paying over £1,000 less income tax then when we came into government. The higher rate threshold will also increase to £45,000, a tax cut of over £400.

We have frozen fuel duty for the sixth year in a row, a saving of £75 a year to the average driver and £270 a year to a small business with a van. We’re also freezing beer and cider duty to back British pubs.

We’re providing extra money so every school in England becomes an academy and we are going to put a new sugar levy on the soft drinks industry so they reduce the sugar content of their products to tackle childhood obesity. The money raised will be used to double sports funding in primary schools and fund longer school days in secondary schools that offer their pupils a wider range of activities, including extra sport.

We know people like the simplicity of ISAs so we’re going to increase the ISA limit from just over £15,000 to £20,000 for everyone. For those under 40, many of whom haven’t had such a good deal from pensions, we’re going to introduce a completely new Lifetime ISA. You won’t have to choose between saving for your first home, or saving for your retirement – the government is going to give you money to do both. For every £4 saved, the Government will give you £1. So put in £4,000 each year and the government will give you £1,000 every year until you’re 50.

Lower taxes on business and enterprise to create jobs:

Budget announcements that will benefit people in the South West

Specific to the South West, the Chancellor announced:

Budget Resolutions and the Economic Situation

Robert Syms, Member of Parliament for Poole, spoke in the Commons debate on the Budget. Some highlights:

Budgets come and go, but what is important is the direction of the country over a period of years. When we came into office in 2010 in coalition, we inherited the largest peacetime deficit—nearly 11%. That required some tough measures and also some persistence, but fortunately the Government have been quite sensible. ... We now find that the budget deficit over the next year or two will be down to the levels it was at pre-crash, before 2007. ...

The British economy has performed tremendously well over the past six years at creating jobs. Compared with the rest of Europe or the rest of the world, we have ?done a fantastic job. That is because employers have been sensible and employees have been sensible, sometimes accepting the fact that they have to be more productive or accept lower pay rises, but it is also because the Government’s policies of ensuring a combination of welfare reform and pushing up the allowances—the rate at which people pay tax—have provided a big incentive for people to take employment.

There were two events on Wednesday: one was the Budget, but the other was the employment figures, which I want to focus on briefly. We have employment in Britain of 31.42 million—a record. That is a massive number of people, and it is up nearly half a million over the last year. We have real wages growing at 2.1%—above inflation—which means that living standards are slowly starting to recover, albeit perhaps not fast enough. In this Budget, the Government have again pushed up the allowances before people pay tax, but they also have proposals for a living wage, which should help to repair living standards, which we all want.

The number of people in private sector employment is 26.1 million—a record level. The claimant count has fallen in the last year—102,500. Even youth unemployment is down, while the number of those on unemployment benefit is down to its lowest since the 1970s, so there is a pretty good record on what is happening in the British economy. The Government have created a framework and they have the stability and a plan—a long-term economic plan. Employers have been able to invest, employees have taken sensible decisions, and we have got a lot of our citizens into work. ...

I was glad to note that the Government were assuming that, although the rate of growth would slow as productivity picked up, we would still end up with unemployment below 5% over the next two to three years. That constitutes a real success of economic policy, changing people’s life chances and giving them far more opportunities to make the best of their lives.