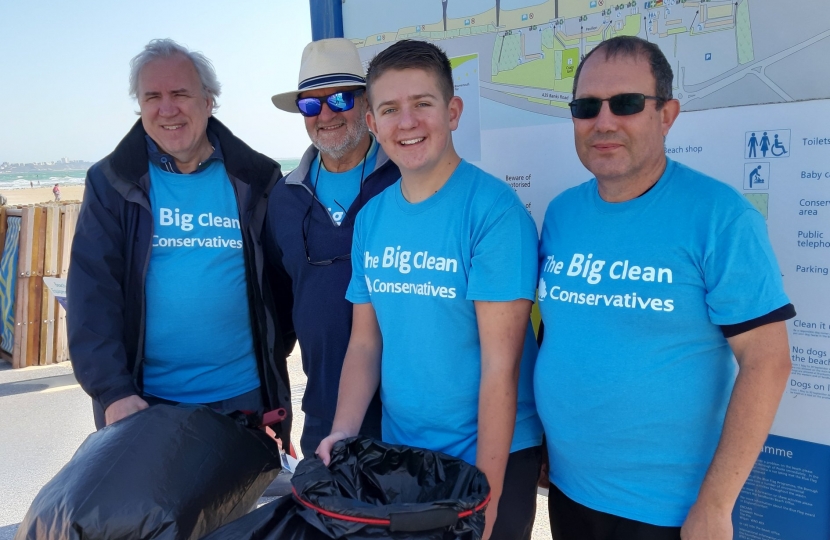 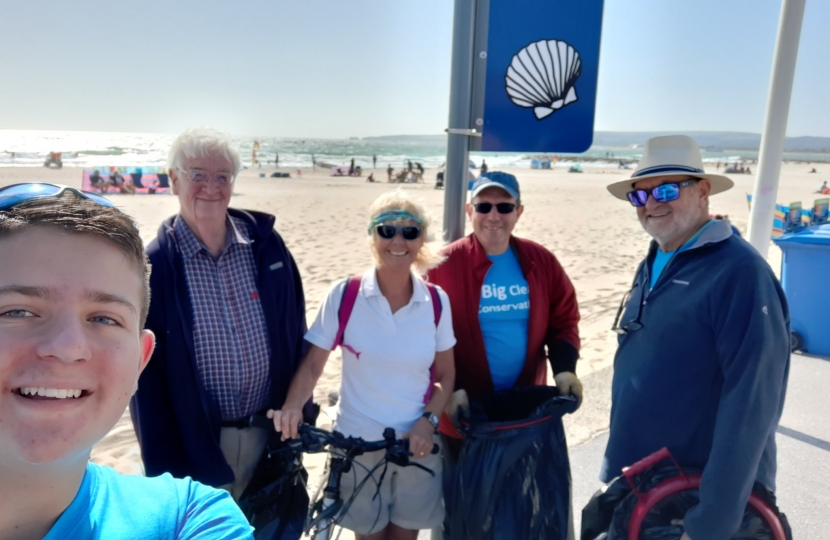 On Saturday 21st September, Poole Conservatives were involved with the South West Conservatives Big Clean programme by carrying out a beach clean at Sandbanks. Sir Robert Syms, MP for Poole, was joined by volunteers in their efforts to protect the local environment.

The event was promoted by Environment Secretary Theresa Villiers, who encouraged local people to get involved with local events across the south west as part of a regional clean-up campaign.

The beach clean was a success at Sandbanks, where participants left the beach and surrounding area in a better condition than was found.

“Sandbanks is one of the most glorious places in the UK and its famous beach has been dubbed by the national media as ‘Britain’s Palm Beach’.

“This area not only provides a wonderful space for locals but attracts thousands of tourists each year.

“Nobody would want to see such a treasure tarnished by litter so, in our efforts to protect the local environment, Poole Conservatives carried out a beach clean as part of The Big Clean.

"The event soon progressed and expanded towards the beach huts and car park, where the majority of litter was found. Common items picked up included cigarette butts and ice lolly sticks".

Our Plan for Growth

Chancellor Kwasi Kwarteng on Our Plan for Growth in the economy