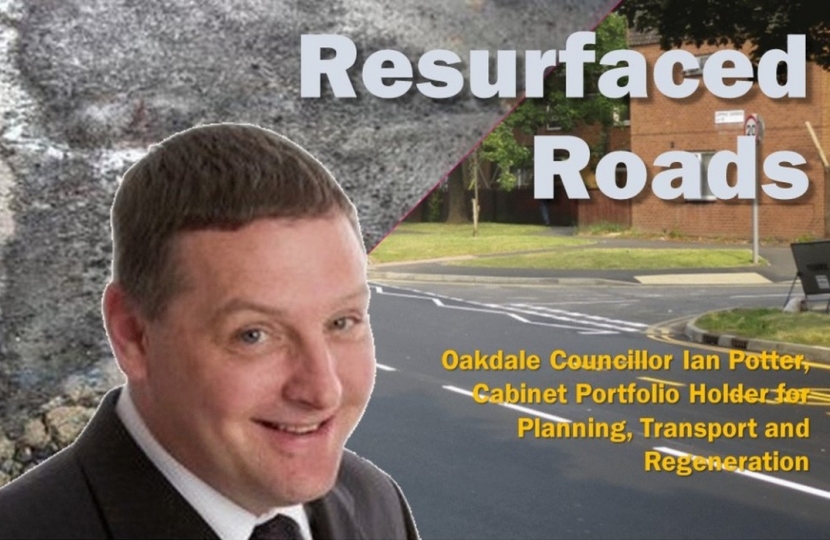 Borough of Poole portfolio holder for transport Cllr Ian Potter approved preventative maintenance works to over four hectares of road surface in Poole at a cost of less than a quarter of a million pounds.

Seventeen roads were treated in a two-week programme intended to preserve the road network and prevent potholes from forming. A thin coat of asphalt was applied over the existing road surface, both to seal it and to provide a smoother ride for road users.

Borough of Poole engineering manager John Rice: "The roads selected for treatment were particularly prone to potholes and were taking up a lot of our resources in constant repairs. ... Most of the work was carried out during short duration road closures ... disruption to residents was kept to a minimum with several roads being treated by the same gang in the same day."

The Council aimed to keep costs down. John Rice: "With the continuing pressures on the council’s budget, we are using alternative, cheaper materials where we can, to help preserve our aging road network rather than replace surfacing wherever possible. ... The new road surface will last between 10 and 15 years."

Full details of the roads treated