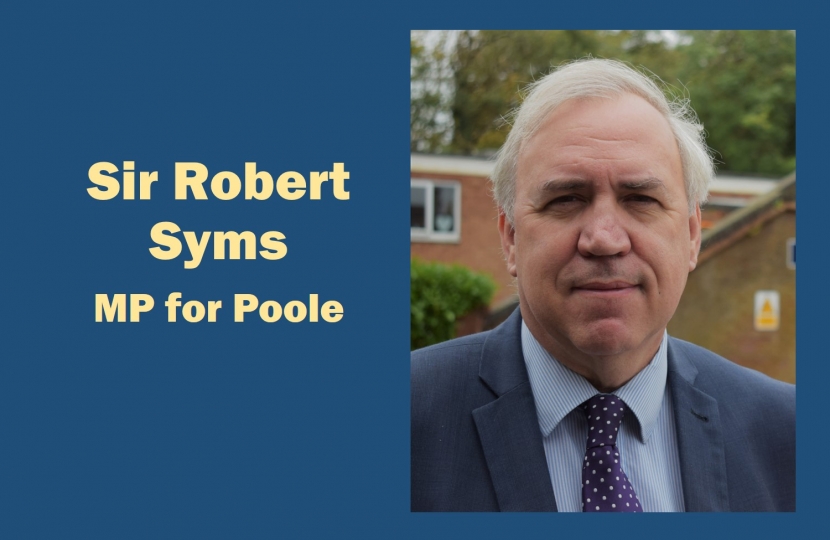 Last week Robert Syms, our Member of Parliament for Poole, was awarded a Knighthood.

Sir Robert has earned this high honour for many years of sterling work in Parliament, both as a Government Whip and as chairman of many committees, as well as for his tireless work on behalf of his constituents in Poole.

The photograph shows Sir Robert a day after the award was announced. He was at Parkstone Railway Station, where he and Poole Councillor Elaine Atkinson were following up on requests from several constituents to ask South Western Railway to reconsider their plans to reduce train services from Hamworthy, Parkstone and Branksome stations.

The proposed reductions would make life more difficult for many Poole residents, who rely on the trains to get to work or to school.

Sir Robert is taking up the matter with South Western Railway and with the Secretary of State for Transport.

Meanwhile, we congratulate him on his Knighthood!