Police and Crime Commissioner for Dorset

David Sidwick was elected in May 2021 as the Police and Crime Commissioner for Dorset.

Having been returned by the people of Dorset as their Police and Crime Commissioner, David Sidwick stated that he was humbled by the support he has had. He thanked his wife, agent and area campaign manager and went on to particularly thank the local Conservative Associations and all the many people who had volunteered to deliver or donate to his campaign. They had wrestled with hailstones, letterboxes and hidden canines to get the message out there and he was deeply grateful.

The job starts now to drive towards the vision of Dorset being the safest county in the UK. Our mission will be to cut crime and anti-social behaviour. We will get there by having more visible community focussed policing connected to the neighbourhoods they serve. We will fight violent and organised crime and tackle hidden harms such as domestic abuse, child abuse and fraud. We will tackle rural crime and put victims and communities first. Every penny will count for Dorset.

Above all else it is the people of Dorset that have given David a strong mandate – it is they he works for and with their help our police will be crimefighters again.

I was born in Bournemouth and attended St Luke's Primary School in Winton, followed by Bournemouth School. Dorset has always been my home apart from when I studied Anatomical Science at The University of Bristol. After graduating, I joined the pharmaceutical industry as a representative for Parke-Davis. My first area was Dorset and as my job involved a lot of travelling across the county, my love for the countryside was strengthened even more.

During my career within the sector, I undertook many rewarding management and marketing roles, one of which was joining the UK Management Board for Parke-Davis as CNS Therapy Director (Marketing Director). During this time, I also achieved an MBA with Distinction from Manchester University.

Throughout my various roles, I was responsible for substantial budgets and members of staff. One of my top achievements was to bring to market the first treatment for neuropathic pain in Europe against strong US opposition. This career gave me a thorough grounding in strategy, communication and resource allocation.

What's more, these experiences proved to be invaluable when I subsequently decided to set up my own business. For nearly 2 decades, STAC Consultancy facilitated the education of more than 17,500 secondary care consultants in areas such as chronic pain, epilepsy, dementia and multiple sclerosis. My professional career has given me experience of large multi-national organisations as well as the needs of a small, lean business.

I have also been the secretary of a foundation which awarded more than a quarter of a million pound of grant funding to medical professionals. I was also a Non-Executive Director for a healthcare company and was instrumental in trebling their turnover.

For the past decade, I have been a governor at Bournemouth School. Since becoming Vice Chair/Chair, I led a strategic review which meant a change in vision to ensure the most local community focussed and progressive admission policy in the UK which allowed the acquisition of the largest capital investment since the 1970s.

I am happily married and a father, and hopefully in the not too distant future we will be welcoming a puppy into the family too.

In my spare time I enjoy playing board games with my friends and family and getting out in the Dorset countryside - it's a bonus if a pub lunch is involved too! 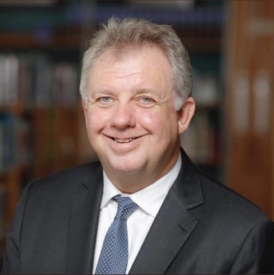