Ann was first elected in April 1977 and has held most senior positions within the Council, she is a former Conservative Group Leader and Deputy Leader of the Council. For most of her political career she has served on the Planning Committee, twice as Chairman since 2007. Ann has been Mayor of Poole twice in the years 1990-1991 and 2015-2016.

Ann was the instigator of collecting over 25,000 signatures from the people of Poole to lobby a second harbour crossing and has been instrumental in achieving the iconic Twin Sails Bridge. Ann maintains all of this as a representative of the Member Engagement Forum and the Economy & Environment Overview and Scrutiny Committees.

Member of the Planning Committee

Member of the Standards Committee

Council Representative on the Dorset and Wiltshire Fire Authority 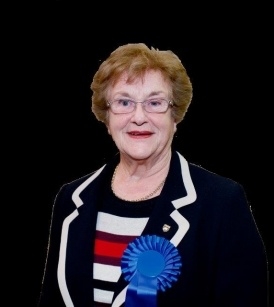