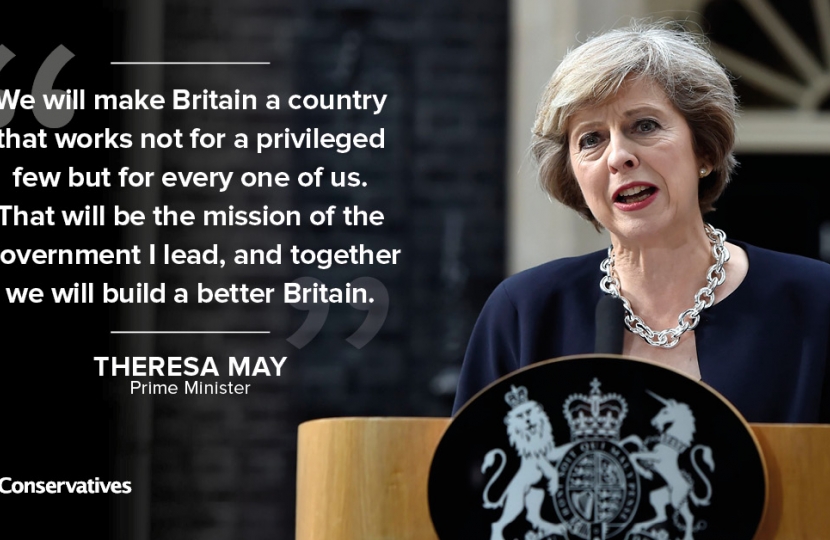 I am honoured and humbled to have been chosen by the Conservative Party to become its leader. I would like to pay tribute to the other candidates during the election campaign, and I would like to pay tribute to Andrea Leadsom for the dignity that she has shown today.
I would also like to pay tribute to David Cameron for the leadership that he has shown our party and our country.
During this campaign, my case has been based on three things.
First, the need for strong, proven leadership to steer us through what will be difficult and uncertain economic and political times.
The need of course to negotiate the best deal for Britain in leaving the EU and to forge a new role for ourselves in the world. Brexit means Brexit and we’re going to make a success of it.
Second, we need to unite our country.
And third we need a strong, new, and positive vision for the future of our country. A vision of a country that works not for the privileged few but works for every one of us.
Because we’re going to give people more control over their lives, and that’s how together we will build a better Britain.
Thank you.
Rt Hon Theresa May MP Leader of the Conservative Party
11th July 2016