Poole Boundaries At Risk - Help Us Defend Them! 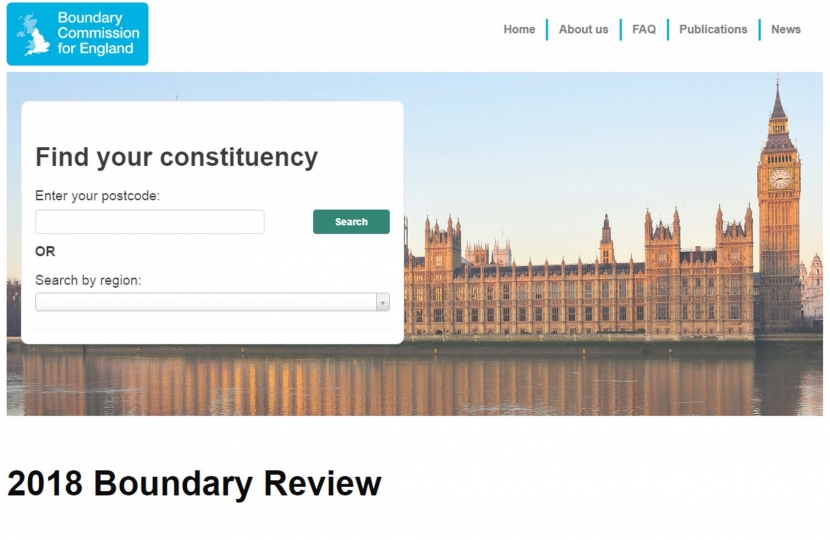 HM Government plans to reduce the number of MPs in the UK from 650 to 600. This will involve big changes to parliamentary constituencies. The Boundary Commission for England (BCE) proposes a list of changes to the boundaries of Poole, which are now open for public consultation.

All Dorset MPs and Conservative Associations object to the proposed changes. It is important that all of us in Dorset let the BCE know our concerns.

Poole Council has passed a motion objecting to the BCE 2016 proposals (Appendix 3).

We urge you to:

2 Contact PCA chairman Cllr Peter Adams, who will be happy to discuss the proposals with you
by phone - 01202 742344
or by email - p.adams@poole.gov.uk

At its meeting on 15 November, Poole Council passed the following motion:

We object to the current Boundary Commission for England proposals of 2016 regarding the parliamentary constituency of Poole. It does not follow natural or traditional borders and creates unwieldy areas with limited demographic, community and cultural affinity.

The splitting of Bournemouth into North and South constituencies instead of East and West creates boundaries that do not follow natural borders between parts of the conurbation.

The inclusion of the two Canford Heath wards in the proposed Broadstone, Ferndown and Kinson constituency does not reflect a natural affinity, as they are much closer in demography and culture to the adjoining Poole wards of Creekmoor and Oakdale.

We on Poole Council strongly recommend a return to the revised borders as proposed in the 2013 BCE proposals.